Following on from our interview with Ken and Linda Barnes earlier this year, the big day finally arrived at CNG stadium and was a great success! 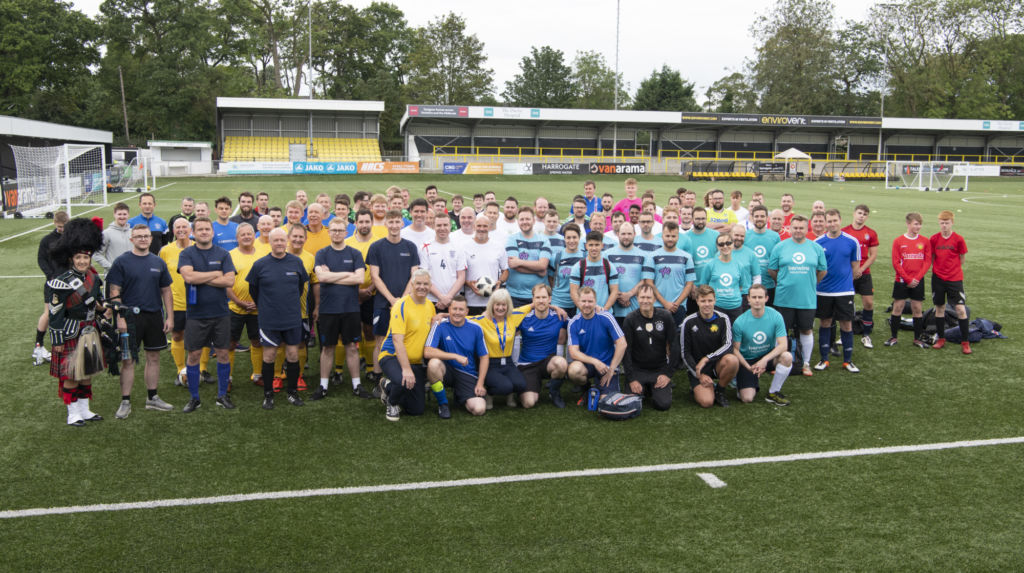 On a sunny Friday afternoon in August, teams from across Harrogate and beyond gathered to support Ken Barnes and the fantastic work of Dementia Forward in an action-packed charity football tournament.

We were lucky enough to first meet Ken and Linda Barnes with Netty from Dementia Forward about 18 months ago for a lunch and learn we’d never forget. Their story and Linda’s beautiful poems touched the hearts of so many CNGers, including Amy Collins, who took action to help them achieve Ken’s dream - to hold a charity football event. You can read more about their story in our interview with them here.

The day began with a beautiful speech from Linda, followed by a run down of the day from CNGer Ellis Hall. Then it was time for the tournament to kick off.

We had 16 fantastic teams playing, with Leeds-based marketing agency We Are Boutique taking first place winning Ken’s Cup and York-based Accountancy Firm CGA winning Ken’s Shield. Everyone played exceptionally well, it was great to see so many people coming together through sport for such an amazing cause.

Everyone’s hungry bellies were kept full with tasty pork pies on arrival, sweets and water throughout the day and some delicious food from Heck after the games, a well deserved treat after such a busy day.

We also held a raffle with some amazing prizes including a co-pilot seat in a racing car giving you a literal front seat to all the action during the race, a signed Leeds rhinos shirt and a mascot package at Leeds united. It raised over £1100, bringing the total raised on the day to £5295.10 which has all now been paid to dementia forward.

Our very own Amy Collins said, “It was a true honour to organise this event and we’re really grateful to Jacqui for giving Jacob and I the opportunity to help such an important cause so close to our hearts.”

Visit the Dementia Forward website to find out more about the incredible work they do and services available.

Welcome to CNG, which service do you require?

Looking for a new energy supplier?
Are you CNG Energy customer?

Looking for CNG as a shipper?